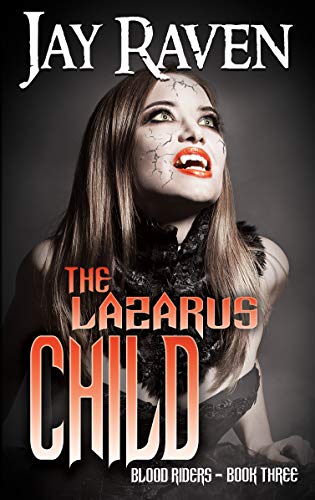 Legendary vampire hunter Anton Yoska is on the edge, tormented by the rumour that the precious child he once thought dead is still alive and lost in a world of monsters.

One creature alone knows for sure what happened to Gretchen, but Terek Modjeski won’t divulge his secret – revelling in the twisted power over his long-time enemy.

Despairing and drinking heavily, Anton stumbles from near disaster to near disaster as he puts his team in jeopardy, testing their friendship and loyalty to snapping point.

Only the most desperate solution seems possible – to confront Terek in his maximum security cell and force the bloodsucker to end his game of cat and mouse. But making the cunning infernal talk will mean employing brutal methods that break every code Anton has ever lived by, making him as much of a demon as the leeches he hunts.

Face to face with the taunting hate-filled vampire, the angusihed slayer takes a decision that will change his destiny forever – sending him hurtling into danger to confront a terrifying truth about his lost child that risks not only his sanity but the future of mankind.

I love a good vampire book and this ticks all the right boxes. It had me gripped throughout, there were plenty of plot twists and turns that kept me guessing throughout. It was well thought out and written. It is a must read for anyone vampire fan. This is Book 3 in the series but it can easily be read as a standalone.

Jay Raven is the author of Gothic chillers and historical horror reminding readers that the past is a dangerous place to venture, full of monsters and murderous men. He blames his fascination with vampires, witches and werewolves on the Hammer Horror films he watched as a teenager, but living in a creepy old house on the edge of a 500-acre wood may have something to do with it.If you would like to be informed of new releases, and access exclusive giveways and competitions, please subscribe to Jay’s newsletter on his website at http://www.jayraven.co.uk